An example of the social media analysis we do for you.
Extremely good value for the objective information you need to take your business forward

We were requested to perform analysis for a new Holiday Home that was using social media for promoting their business. They used two leading social media channels, namely Facebook and Twitter. The Holiday Home was decorated to a high standard and was only open for the summer season. The owners don’t reside in the area so wouldn’t be classed as locals and aren’t really “plugged in” to the community however they have made a lot of friends in the area. The issue was they didn’t feel they were getting results from all of their social media activity.

To analyse this effectively, we had to compare the Self-Catering Holiday Home to their competition. While performing this discovery work, we found that many of their competitors were entirely silent on social media and were relying solely on third-party booking agencies that our customer also used. However, we did find some competitors who provided balance to that, and we’ll go into detail about here. To get the best results, the more competitors identified, the more insightful the result!

We needed to understand and agree with the scope of the analysis. During the discovery phase, we decided that the 2018 summer season would provide us with a good sample of social media activity for review.

When we ran the analysis using our professional tools and scanned against all of the customers and competitors social media activities starting from April 2018, we found: 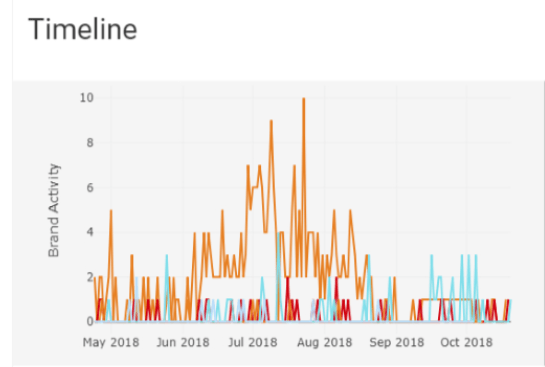 You can see our customer (in orange) was very active compared to the others, but in the following chart, we can see they had less engagement than the two most engaging competitors.

Did this mean video was less engaging? Actually no, we could evidence that this was mainly down to timing and the platform used.

While 14% engagement sounded terrible for Twitter, this was really due to the competition not using it so overall engagement split was showing down on Twitter compared to Facebook. Our customer had overall superiority on that platform at 6.61 times the most engaging competitor on Twitter. 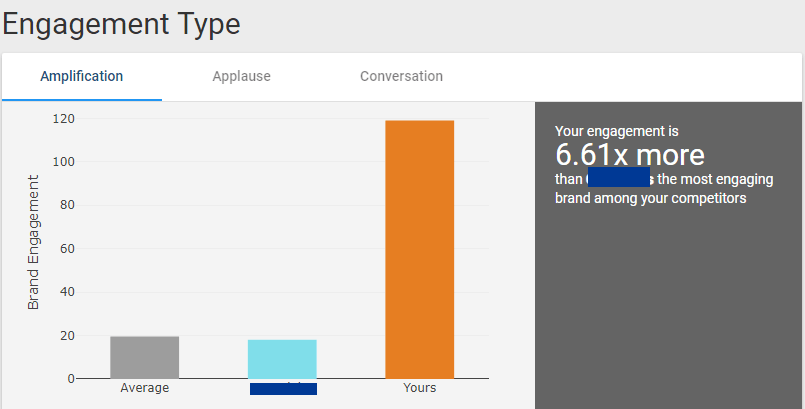 Tweaking the timing would improve matters, but as the competition wasn’t using Twitter optimally, it was a lesser priority. 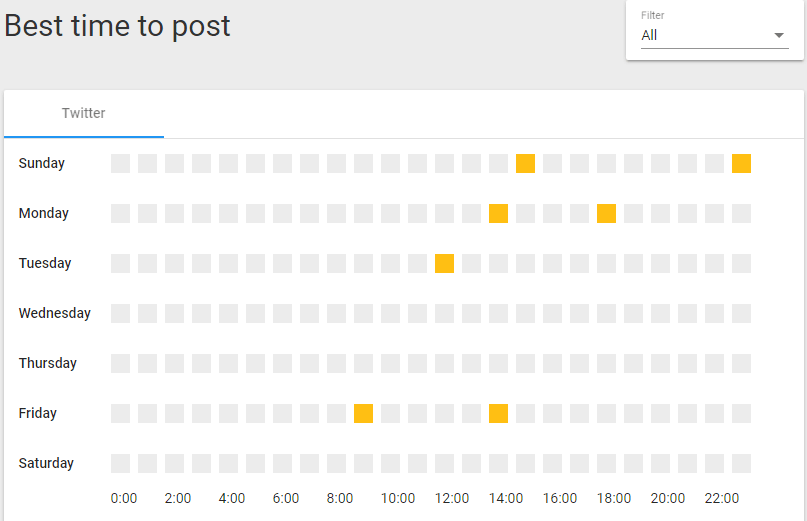 Now we had hard facts: 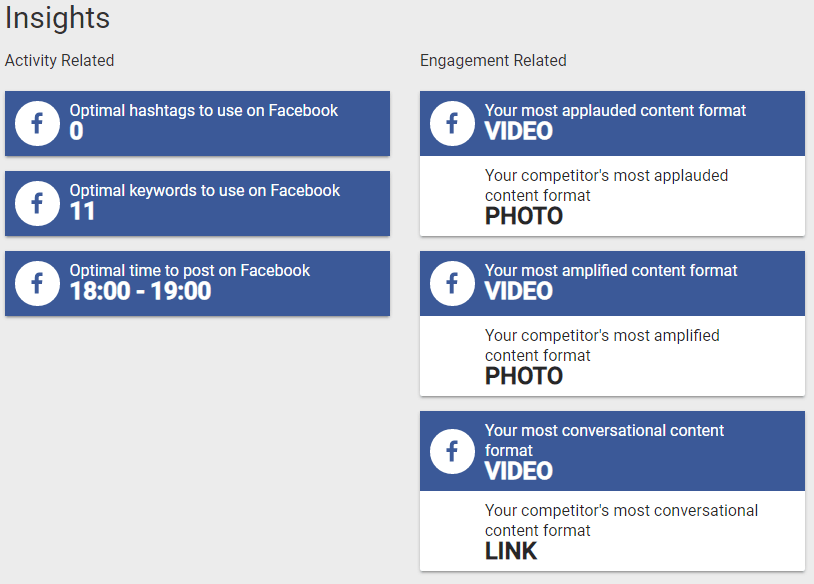 Our customer was only producing general area overview type content which was consistent with not living locally. It was also noted that while competitor engagement was higher, it was locally based so what would the improvement be?

The client thought this was still useful as relatives and friends of locals stay at the Holiday Home too so local engagement helps bolster a large potential market.

Our customer is now armed with this information and will now have a fantastic chance to follow through with all of this advice in time for the next summer season.